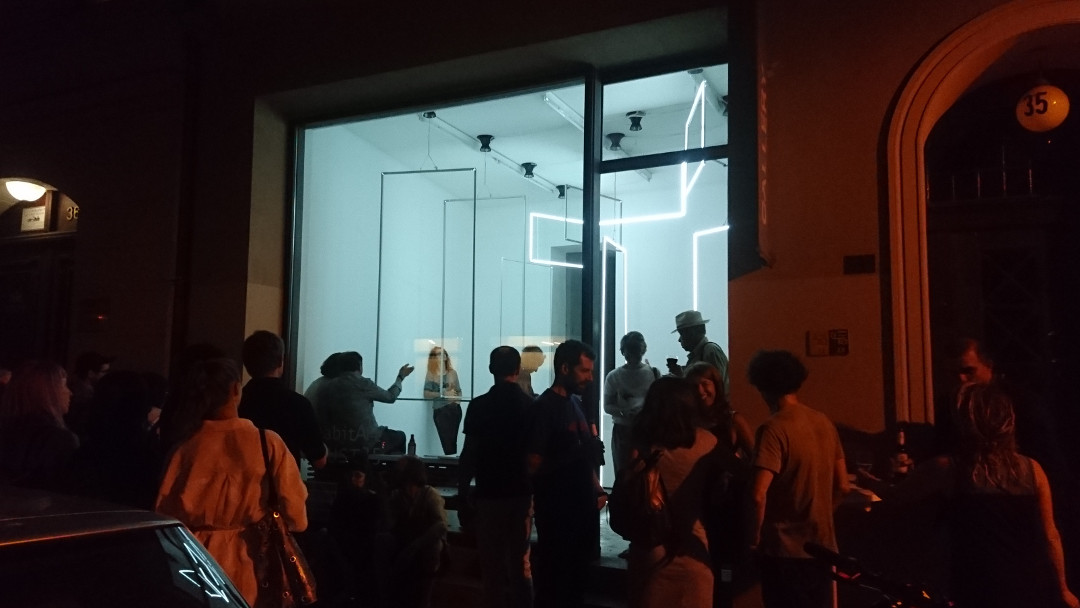 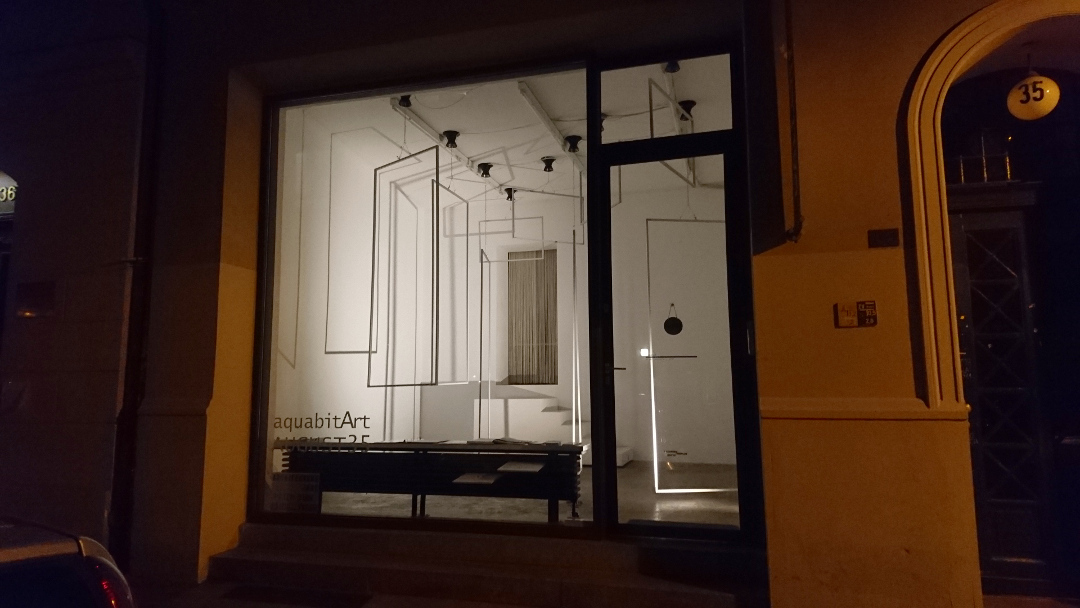 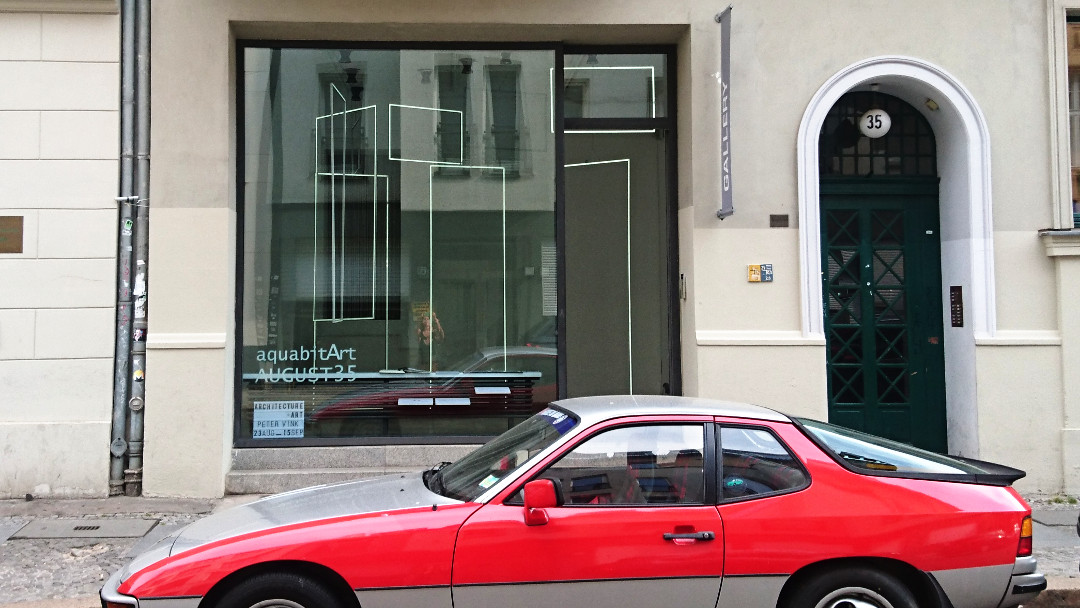 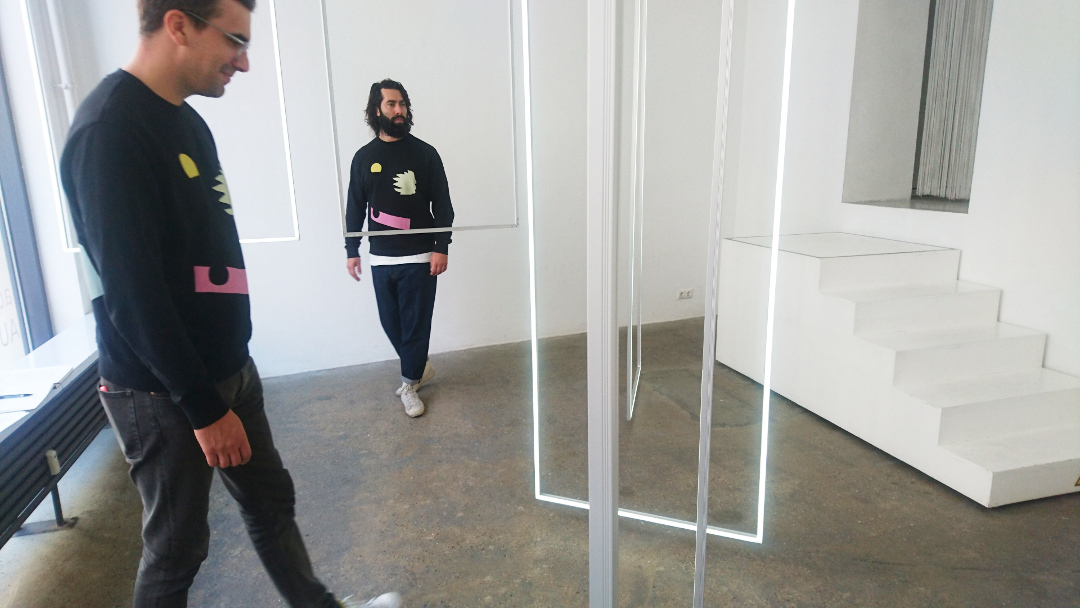 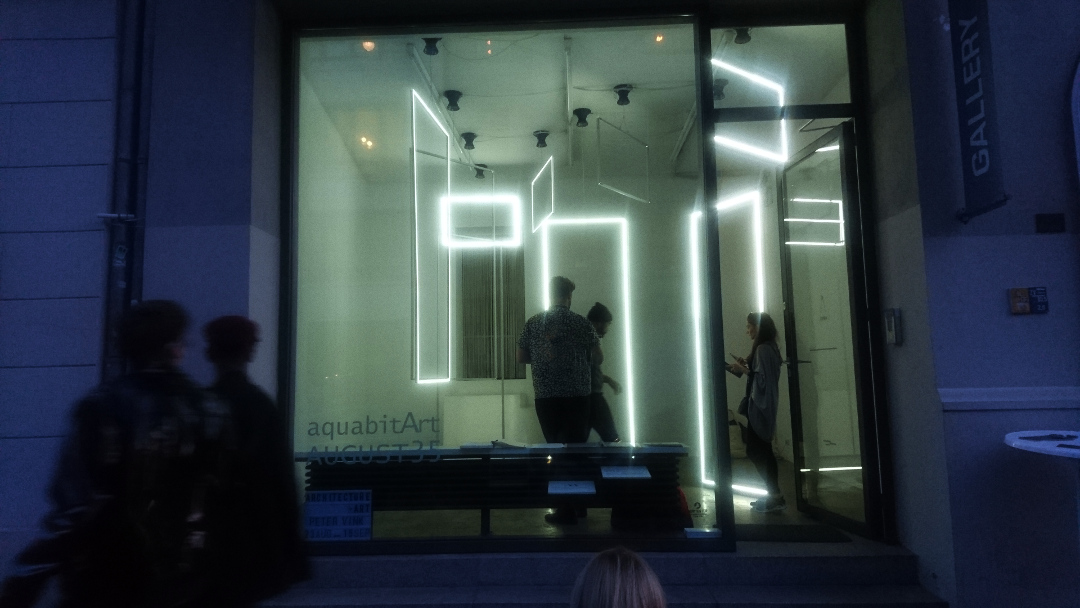 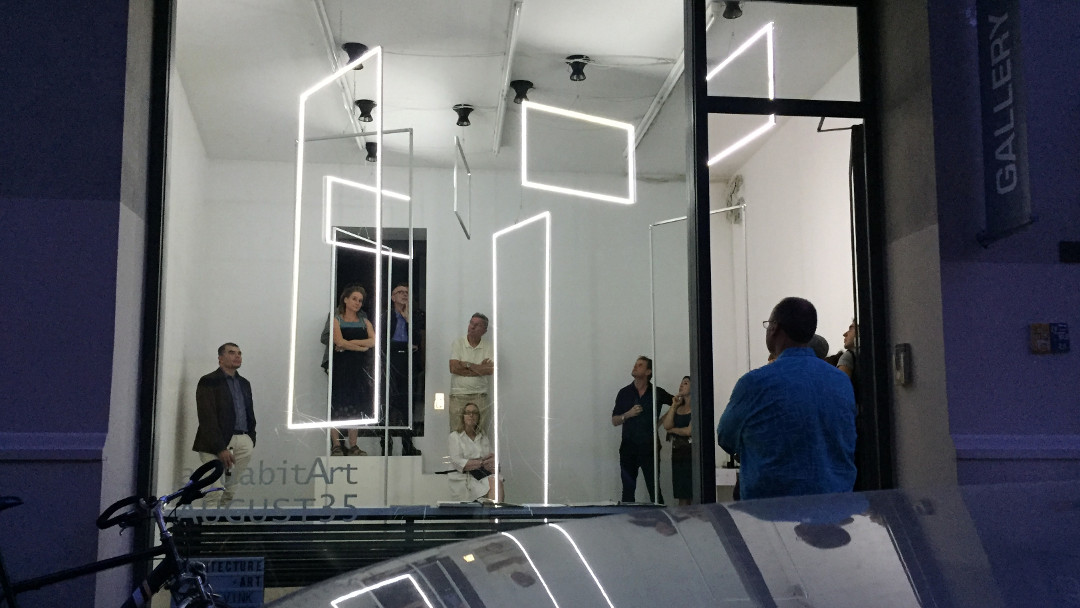 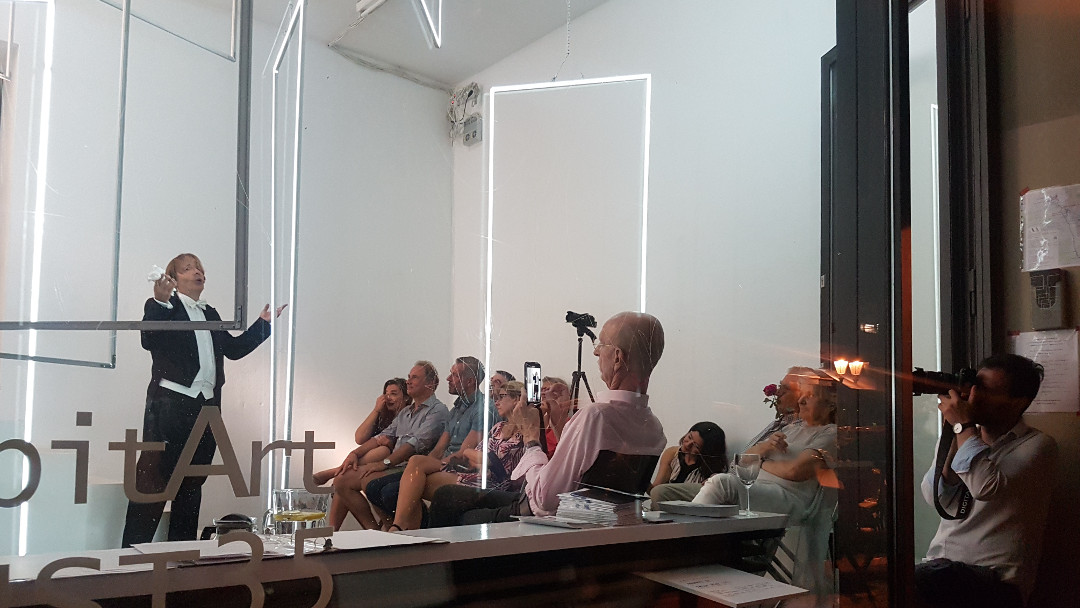 On the occasion of the › Architecture + Art Weekend 2019 in Berlin, aquabitArt gallery shows the work of established Dutch sculptor and installation artist › PETER VINK. This could not have coincided better with the anniversary of 100 years Bauhaus since Vink shares a lot of common elements with the aesthetics and ideology of the movement.

Vink composes site-specific installations that suggest a new physical as well as intellectual space within the room in which they occur; by carefully balancing on the borders between art and design, functionality and visual pleasure, the work of Vink is not only to be perceived aesthetically but also conceptually.

Vink’s work oscillates between installation and sculpture, by taking into account the intricate and complicated relations that occur between his work and space. As he claims, when he makes a site-specific installation, ‘the location is his temporary studio’. And yet, he manages to break out of conventional interpretations of spatiality and adapt the space to his work rather than the opposite. His light objects, enter into a dynamic relationship with the space they occur in and one could say that the two entities co-exist in a symbiotic manner rather than obscuring each other. The luminous installation he presents in the show consists of numerous geometrical light frames that twist perimetrically around themselves and are hanging from the ceiling. The continuous twisting, which comes at random intervals and never repeats the same combination of moves, gives the work flexibility, and yet a different sort of symmetry illusion which derives from the careful consideration of the proportional design of the luminous objects. The installation affirms its domination in the gallery by managing to create a new, imaginary ‘space within the space’. And yet, the artist’s goal is not to trick us; but rather to open up a new horizon in our understanding of architecture and challenge our perception of what art can be and how it can correspond with space.

At the same time, one cannot ignore the elements of Bauhaus in Vink’s work which are made clear through the carefully geometric design and the repetitive proportional shapes. Especially in the work series of Josef Albers, ‘Homage to the Square’, or his 1962 work ‘Stacking Tables’, the parallels between the two artists can be drawn without doubt; the close inspection of the properties of the materials and careful consideration of their functions, are the tools through which Vink experiments with movement and additionally observes the behaviour of light in space.

His contemporary implementation of these ideas into a light installation can be thought of in a wider ‘contemporaneous’ context in relation to notions of technology, industrial progress and the connections between art and science. Light would have been an impossible medium for creating art some decades ago, and therefore Vink’s art can be seen as a bridge between different époques. Vink’s work can be seen in a variety of ways, read in a variety of manners and interpreted under different lights of meaning. In any case, his work has interdisciplinary influences and never ceases to experiment with new materials and unconventional concepts.

We use cookies to ensure that we give you the best experience on our website. Continued use of this site indicates that you accept this policy. Read more. Accept