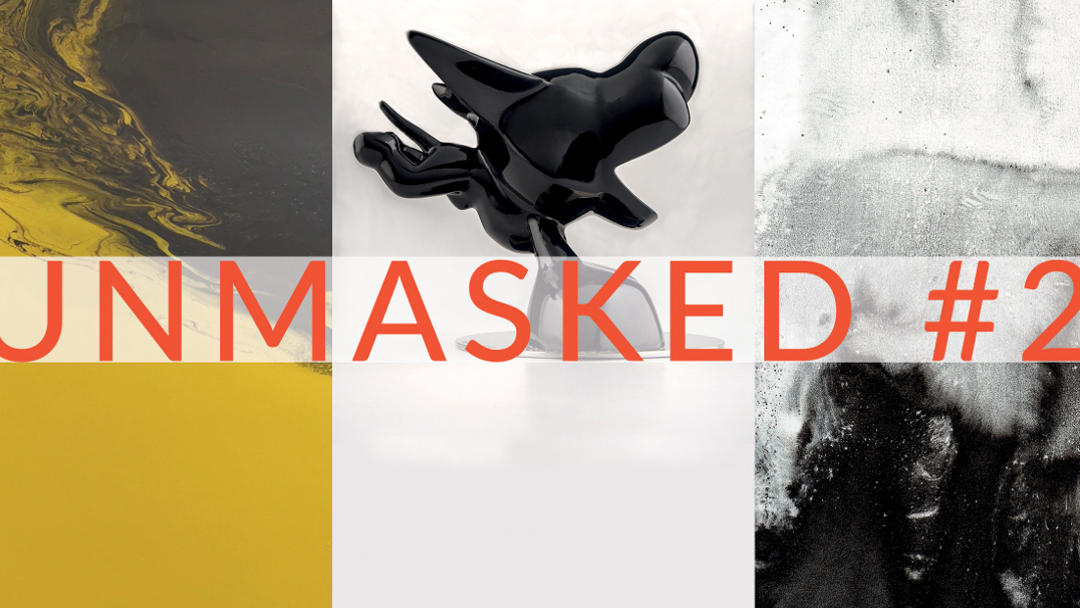 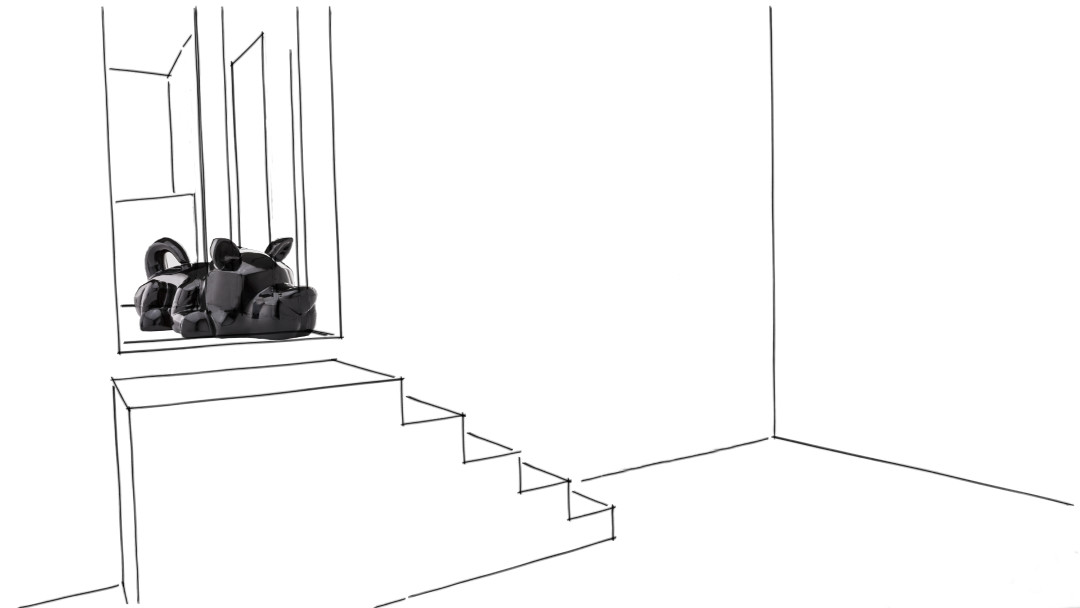 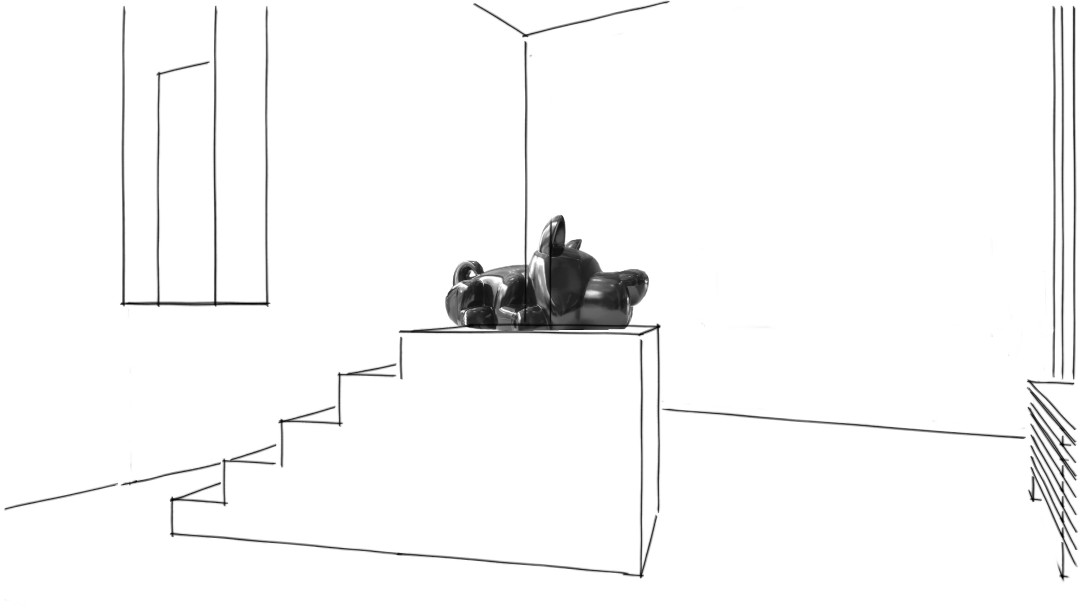 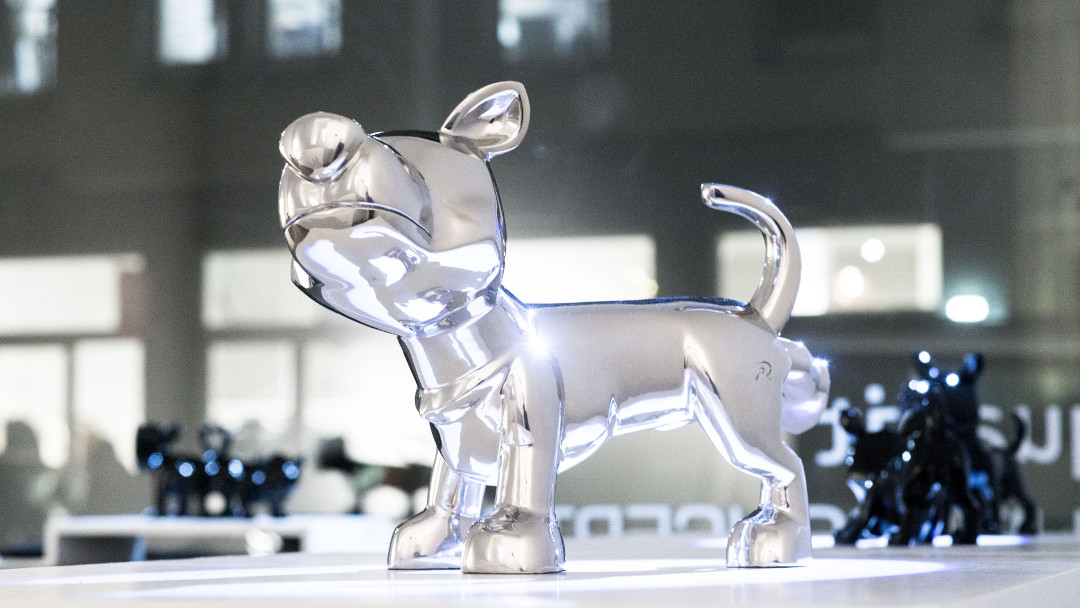 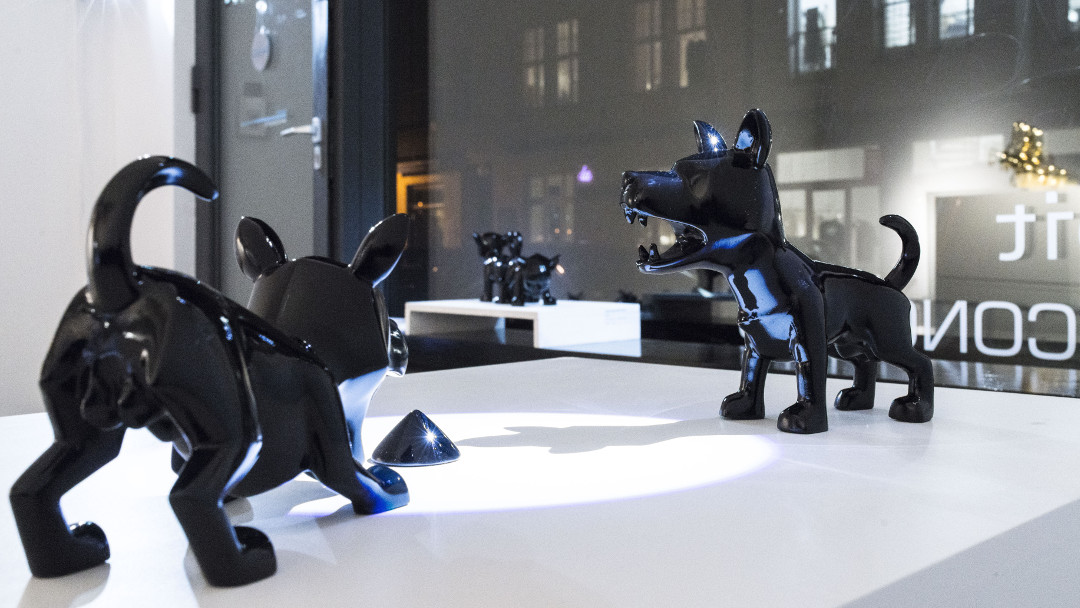 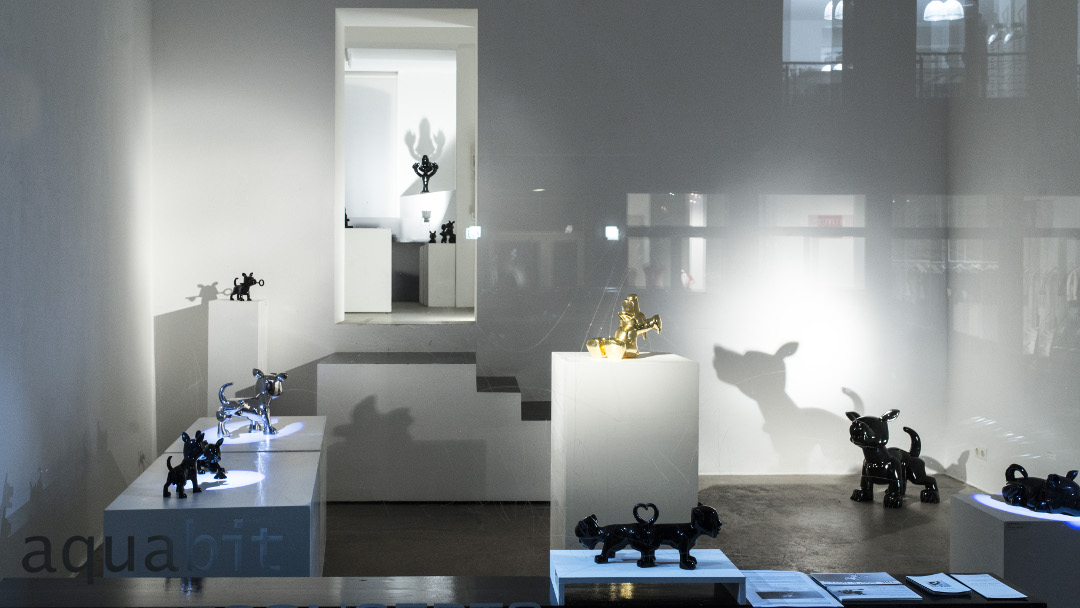 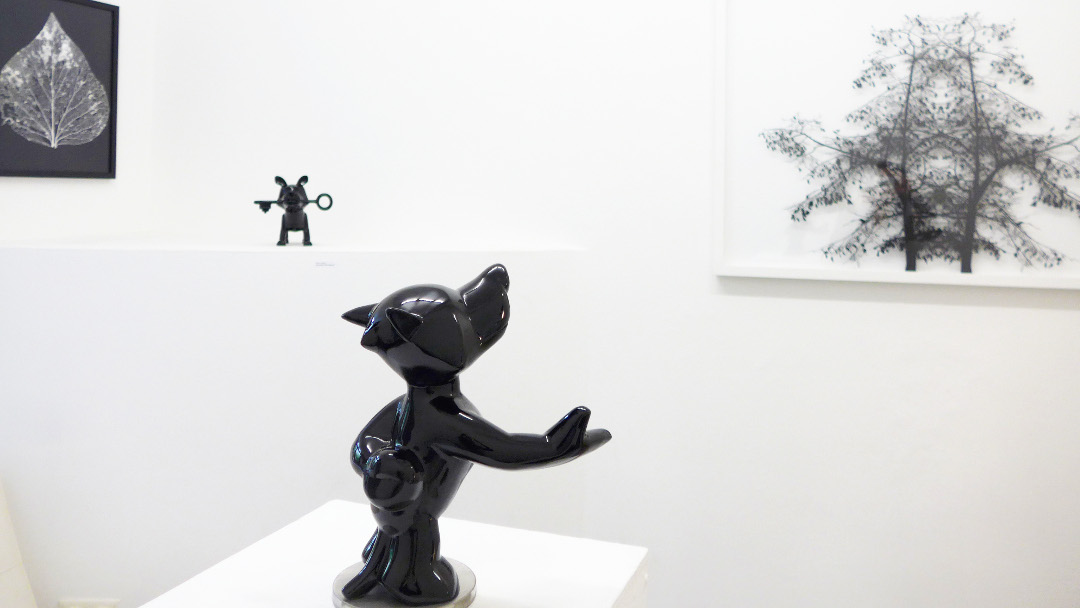 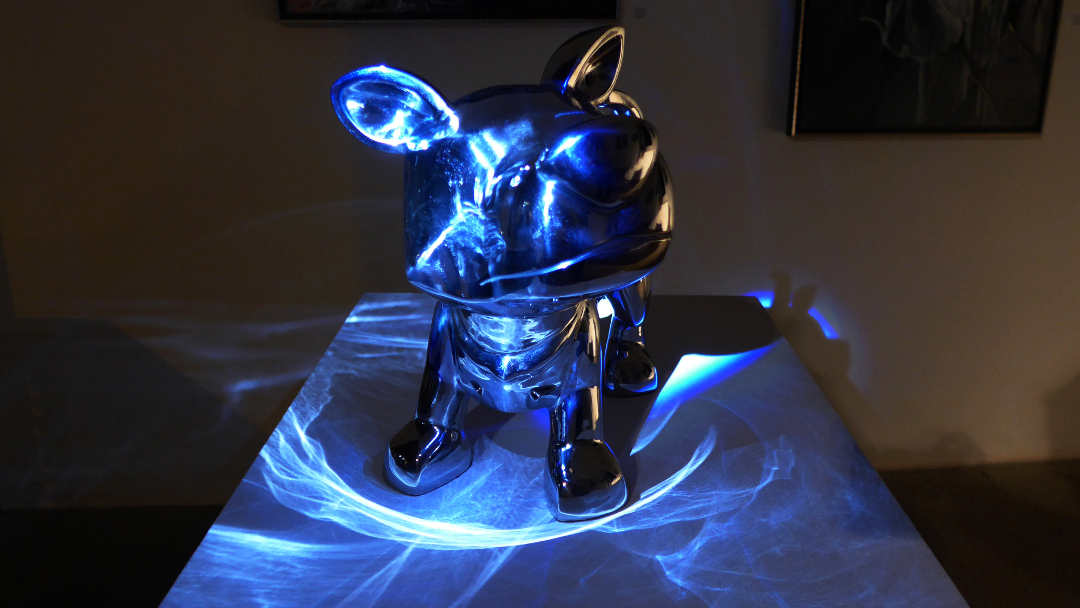 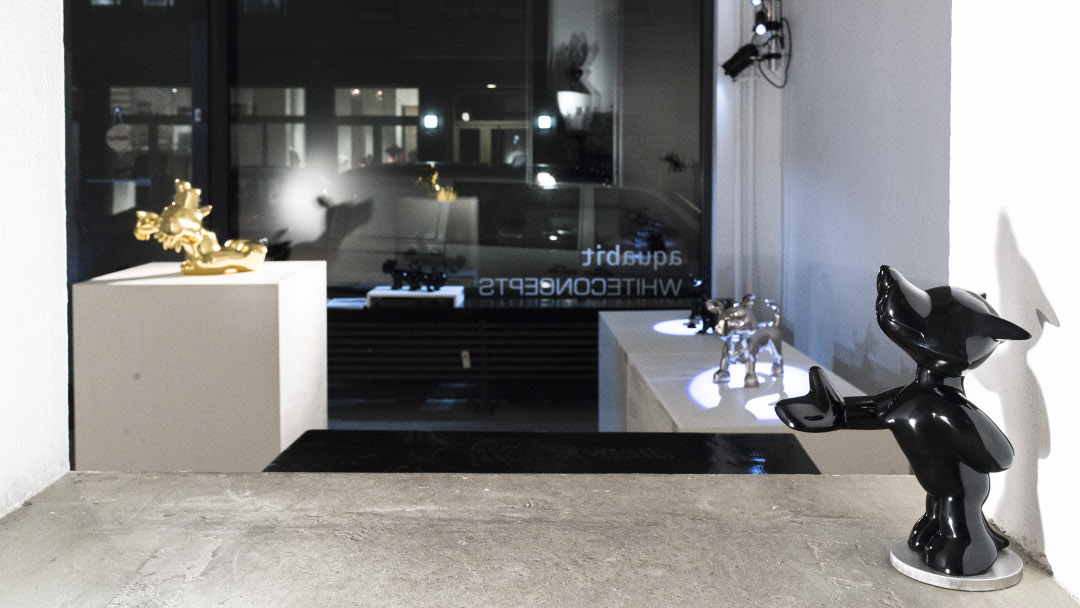 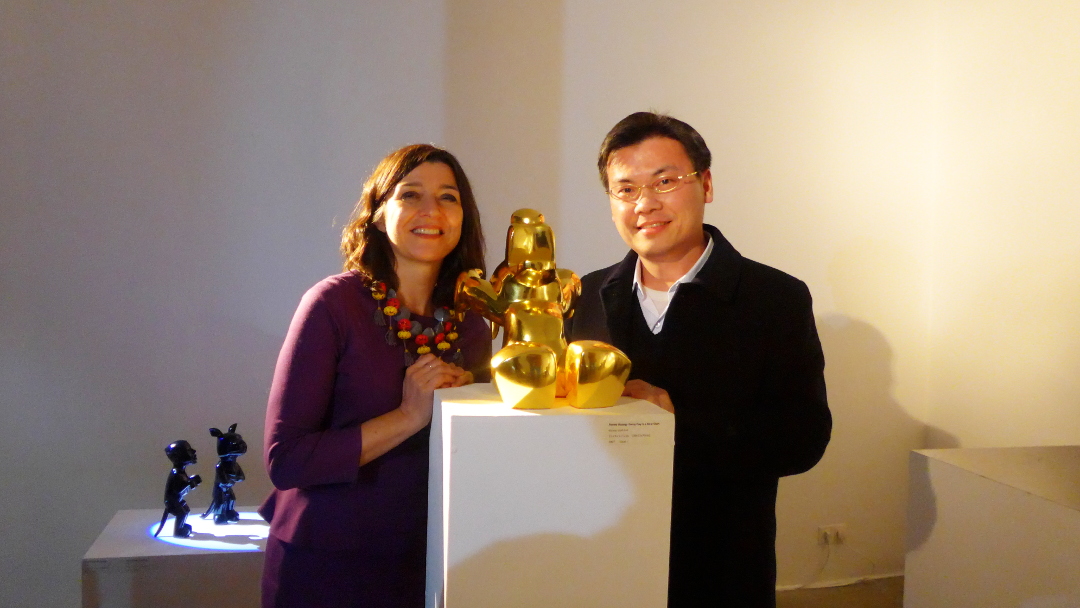 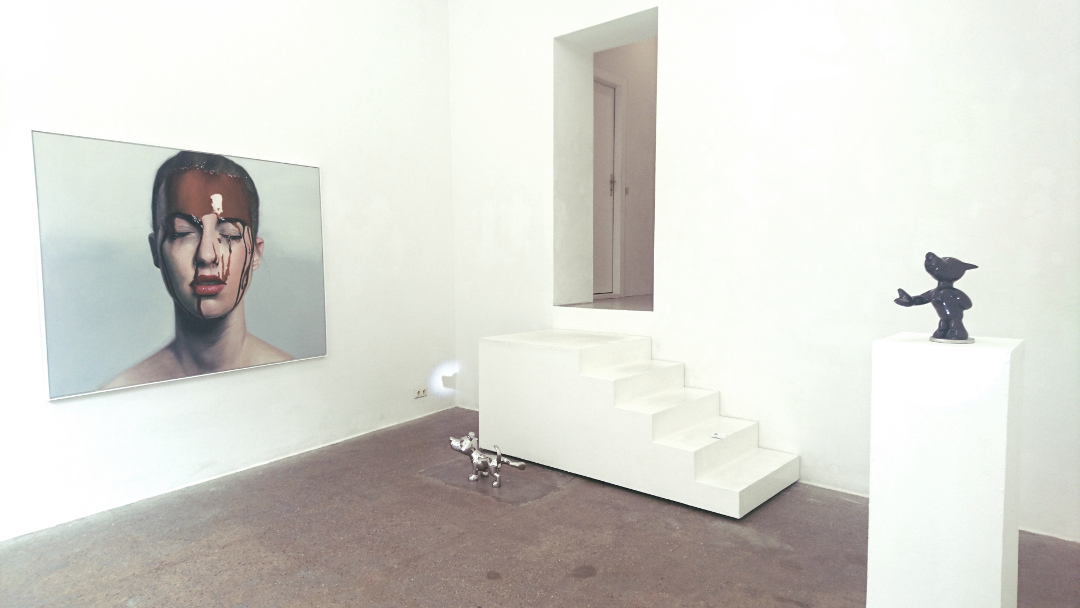 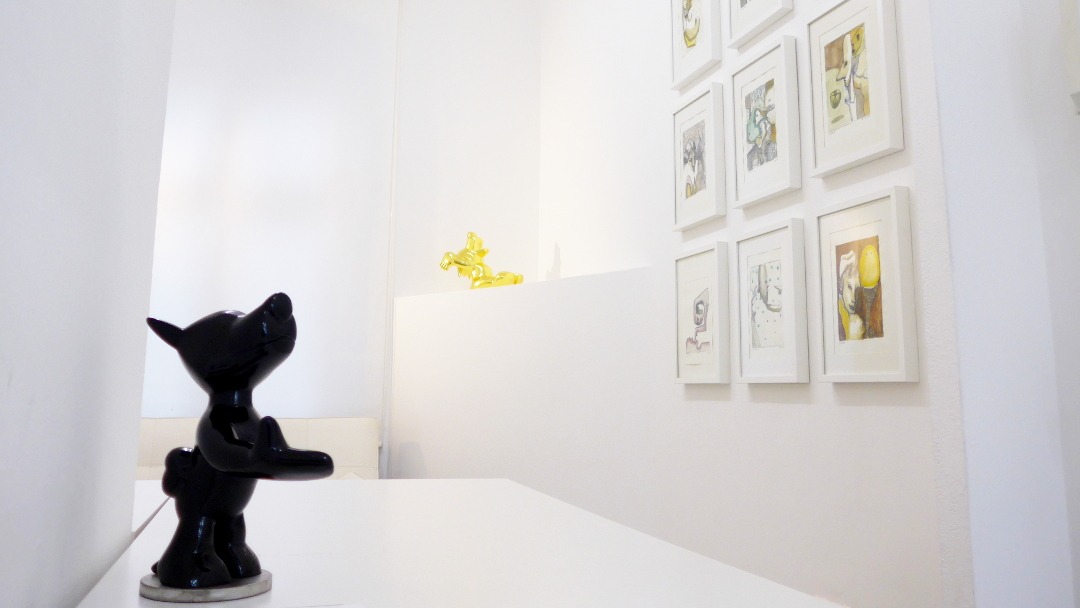 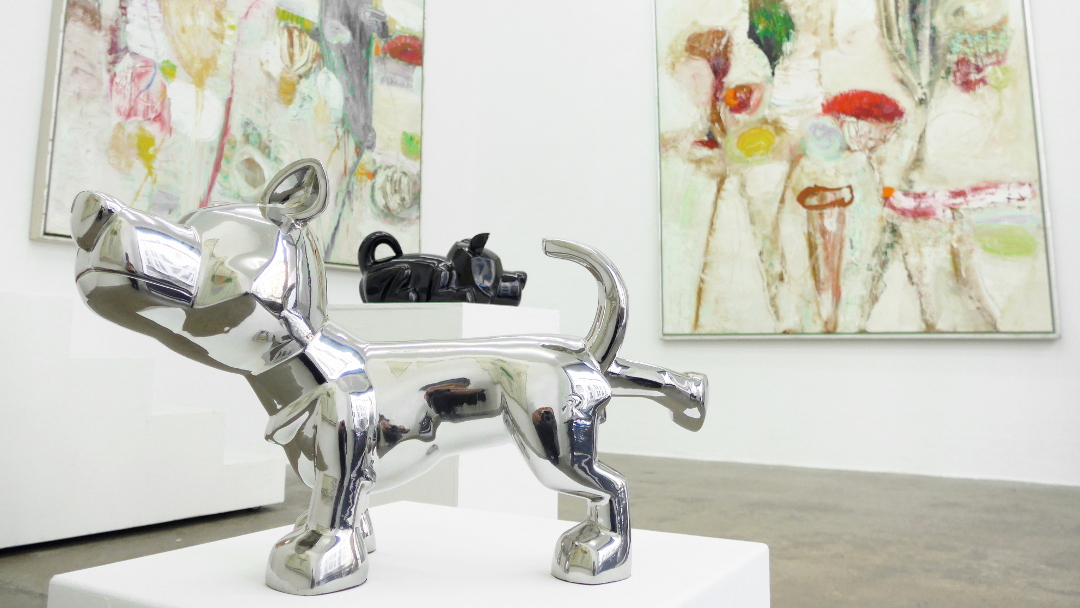 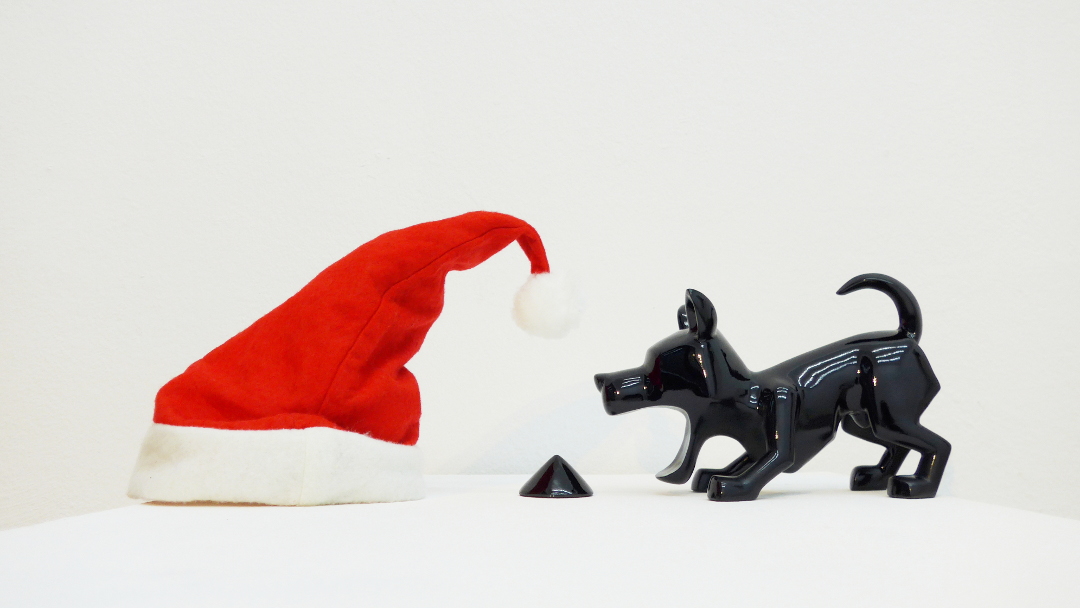 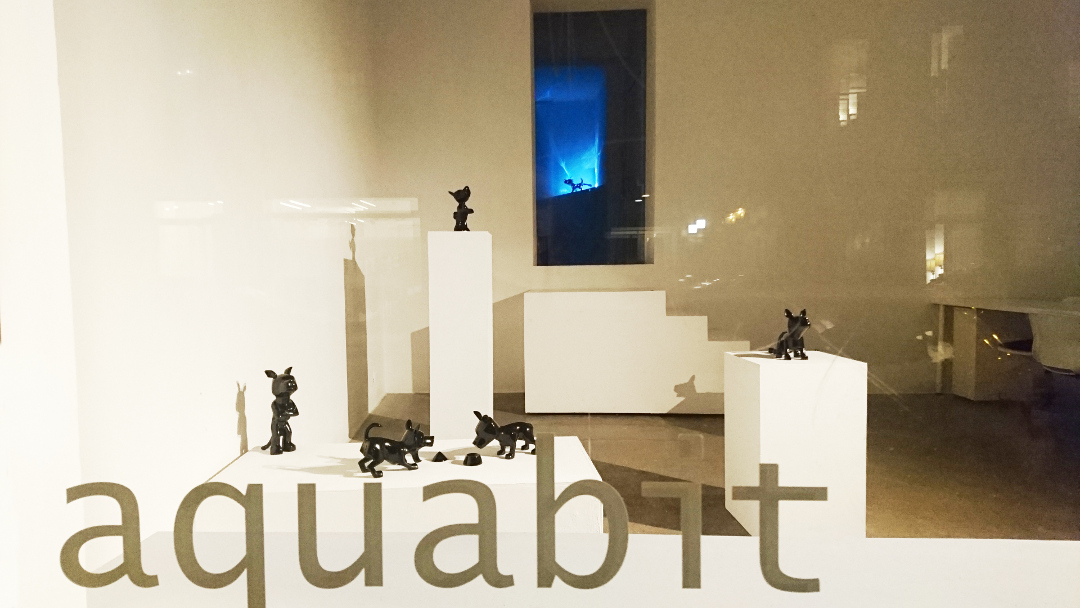 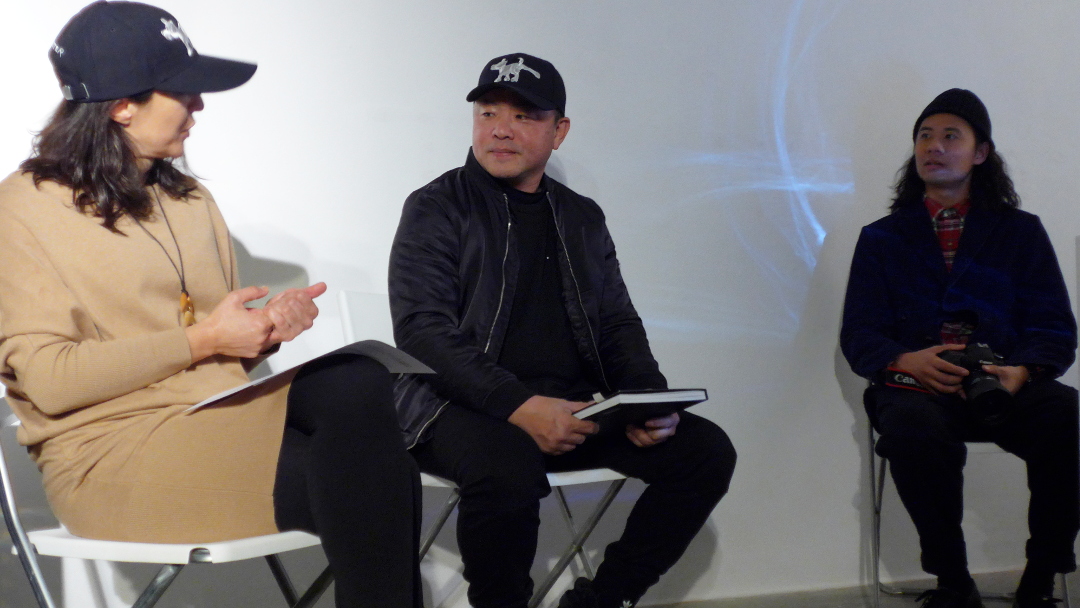 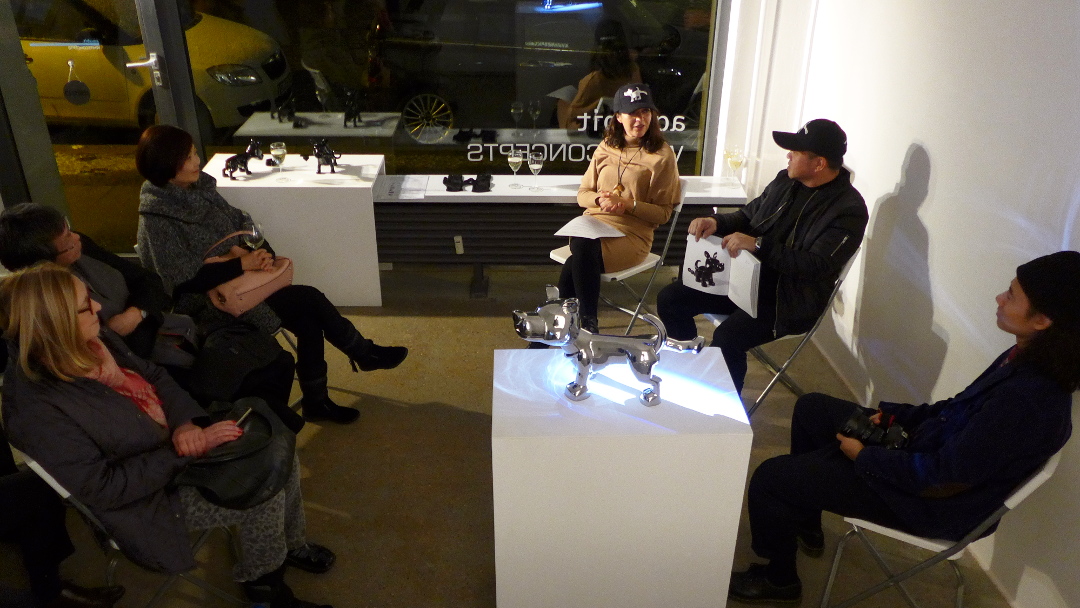 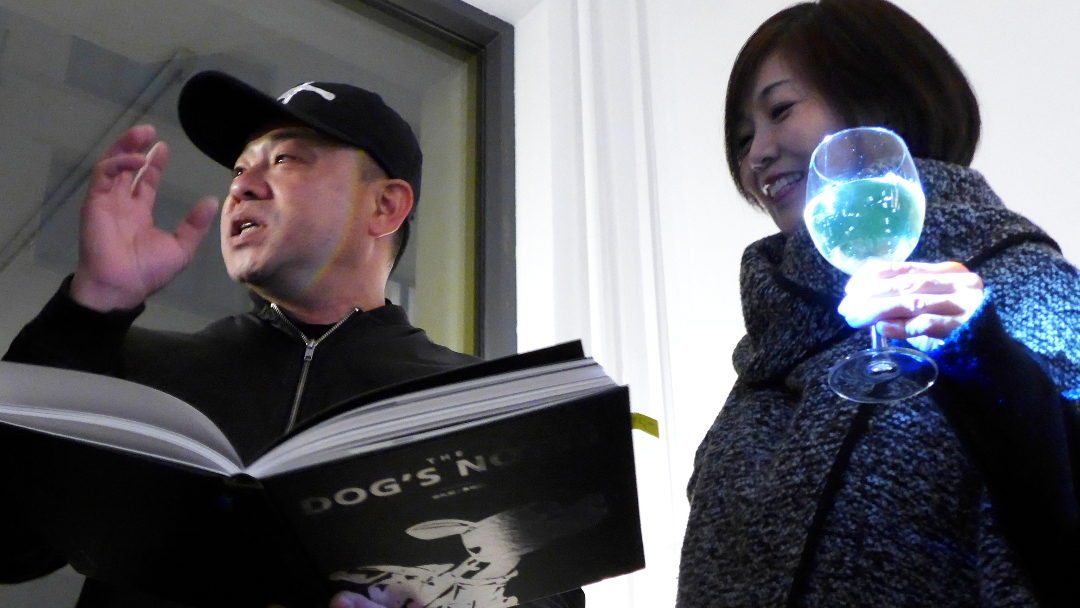 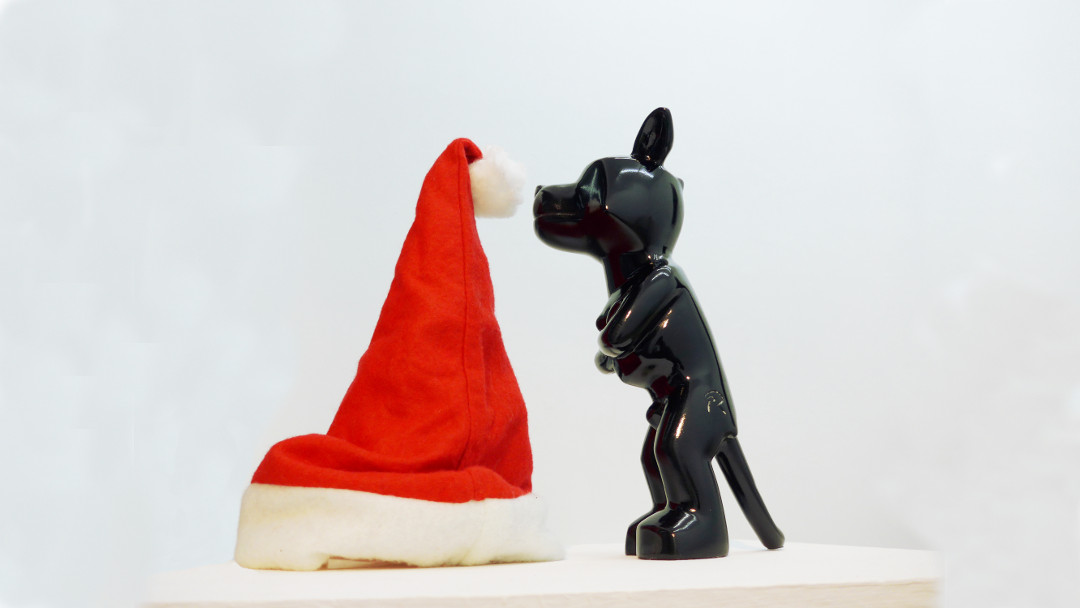 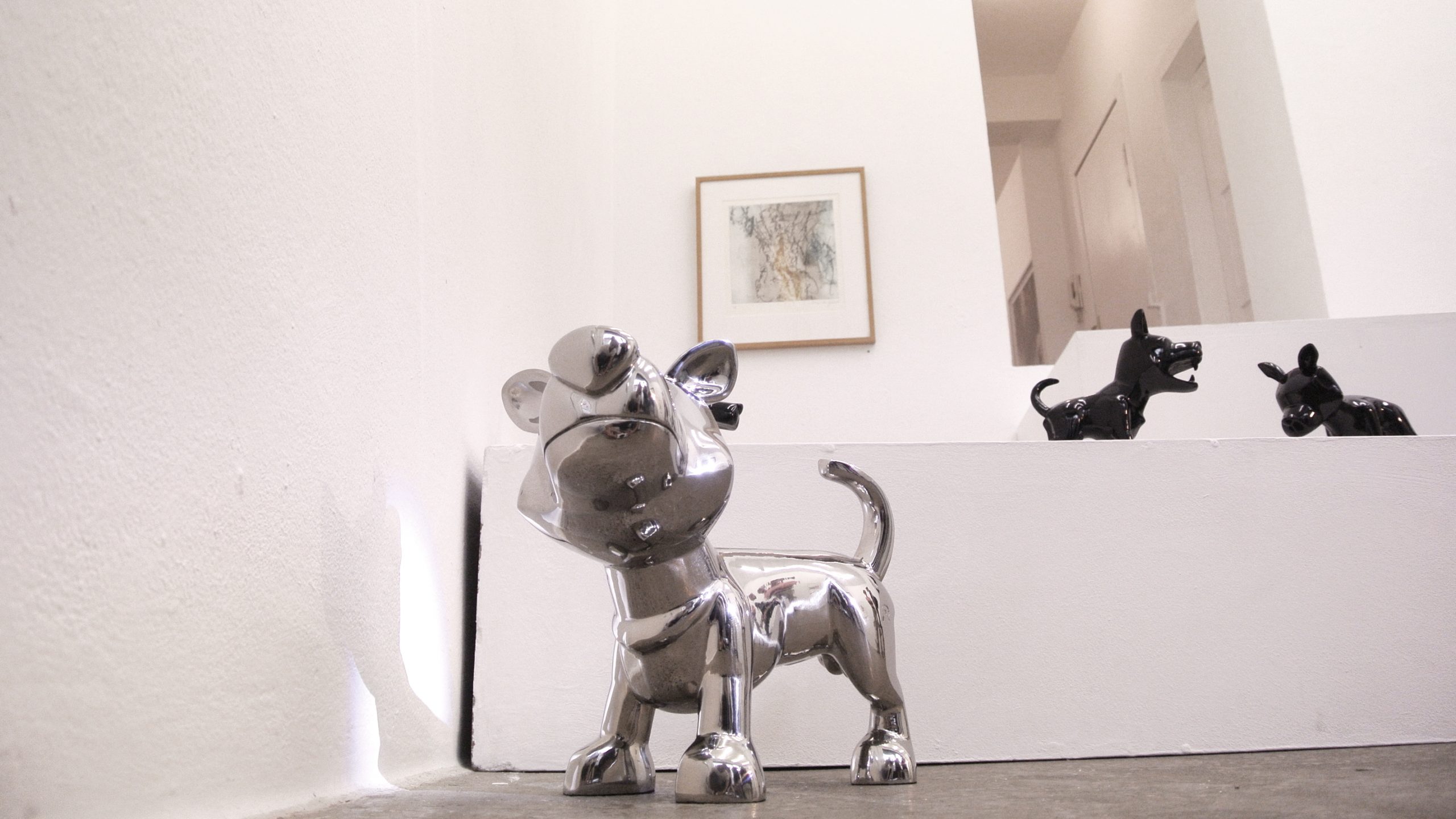 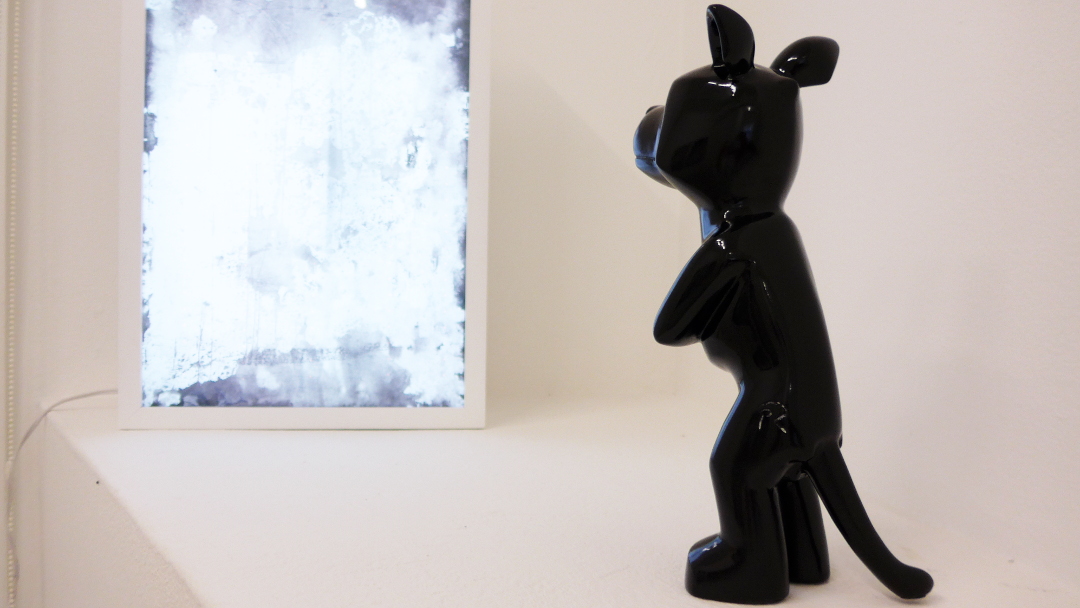 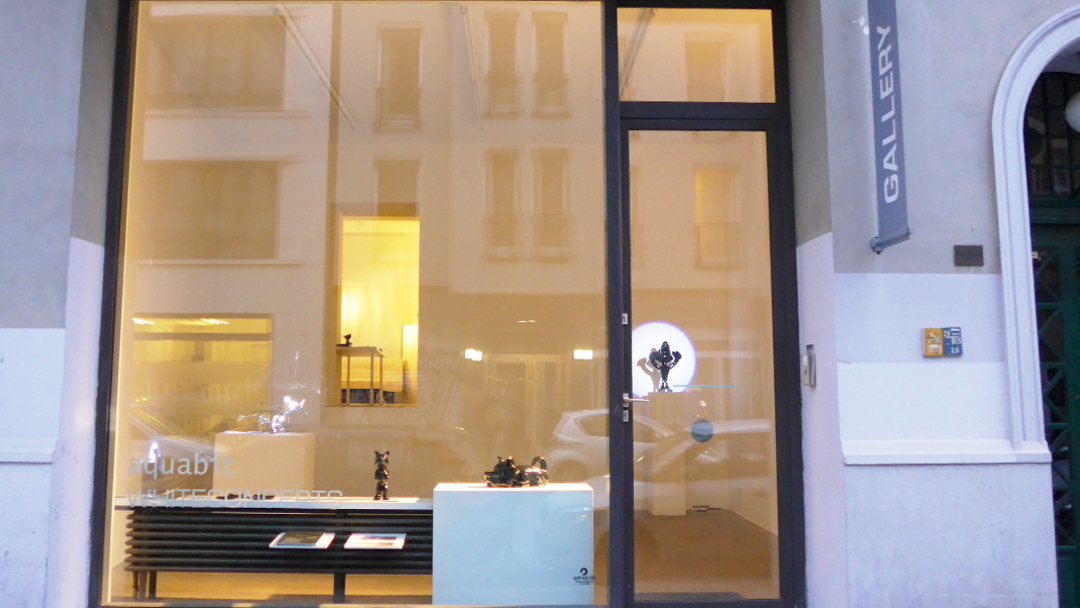 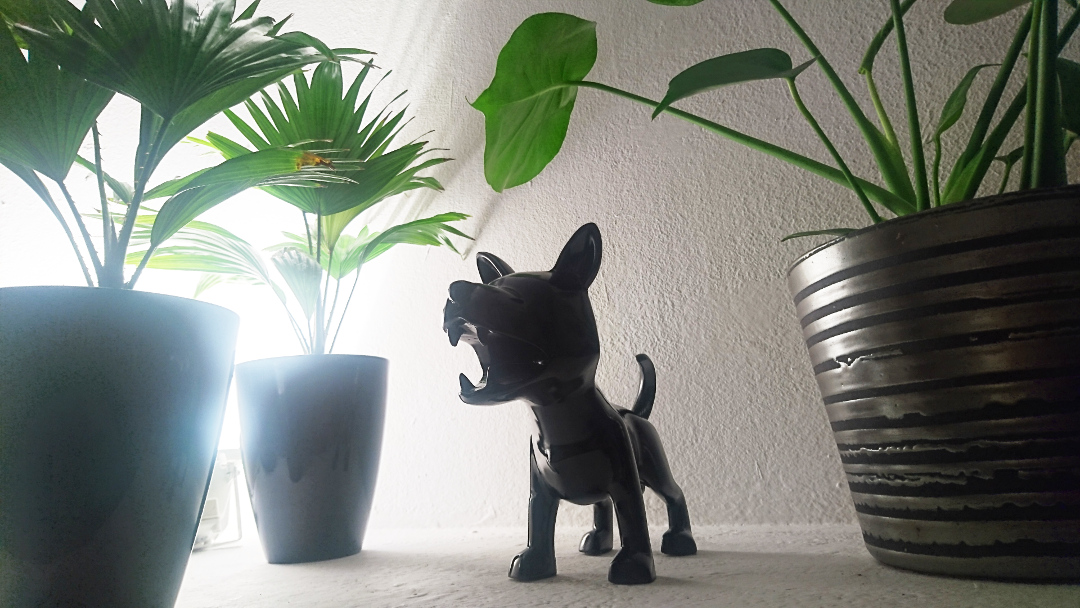 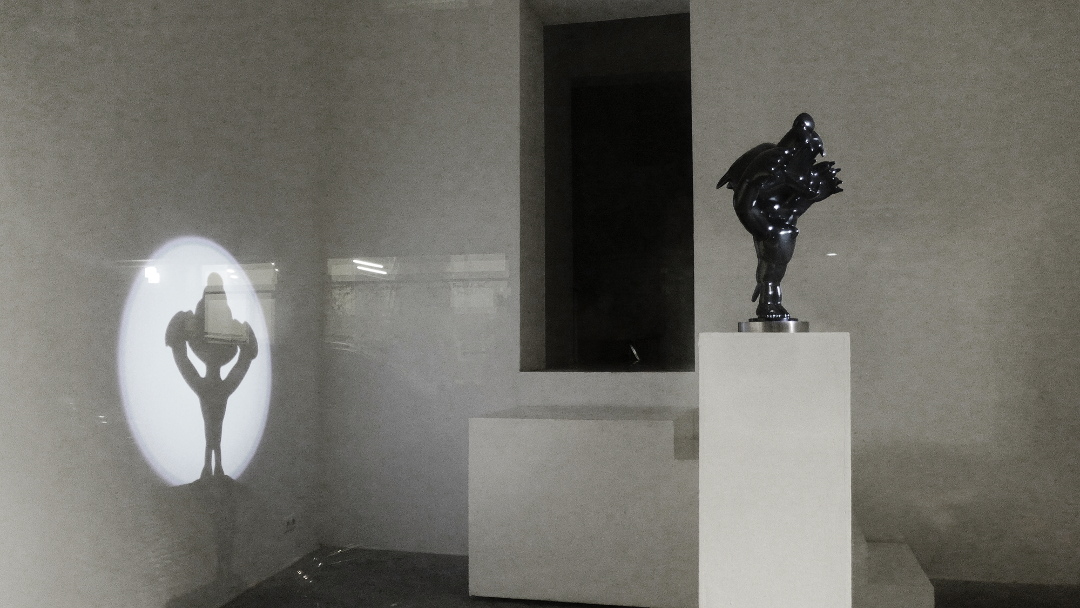 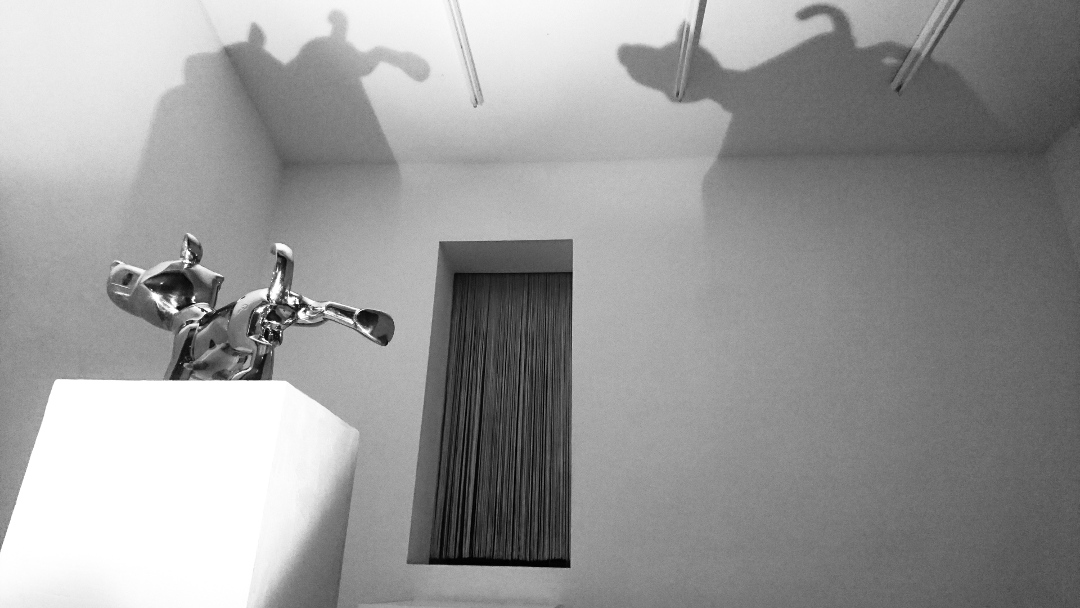 Poren Huang uses the dog as a creative starting point and every sculpture is reminiscent of people. By linking dogs with humans, the artist invites the viewer to think about and reflect on themselves.

In 2005 Poren Huang started the metal sculpture series THE DOG’S NOTES. So far, around 40 works of bronze, gold leaf and stainless steel have been carried out. New works were added to this series in 2019 and 2020.

Some pieces are very human-like and directly portray Pore Huang’s attempt to refer to people with dogs. However, since people’s lives are often dark and depressed in modern times, the artist uses the humorous perspective to amuse the viewer. The observers actively interact with the works. Through this continuous process, the visitors are enlightened to comprehensive life philosophies, they are conveyed to positive traits such as courage, loyalty, innocence or self-confidence.

2019 10 years of aquabitArt / Artists of the gallery, aquabitArt gallery Berlin

2019 Artists of the gallery / with Paula Klien, Deutsche Bank Ludwigsfelde-Berlin

2018 Artists of the gallery / with Paula Klien, aquabitArt gallery Berlin, May 2018

Poren Huang was born into an artistic family in 1970 in Taichung, Taiwan as both his parents and grandfather engaged in the wood carving business. He went on to major in sculpture at Fu-Hsin Trade and Art School, and joined the Graz International Sculpture Exhibition in Austria by 2001.
Huang’s work can be found in the collections of the National Taiwan Museum of Fine Art, and his work “The Archer” has been published in textbooks for Taiwanese senior high school students. Poren Huang has exhibited in prominent art fairs throughout Taiwan and internationally. He continues to produce his work in his family’s wood carving factory in Taichung.

We use cookies to ensure that we give you the best experience on our website. Continued use of this site indicates that you accept this policy. Read more. Accept